Who Was Edgar Cayce?

Edgar Cayce was a clairvoyant and medical intuitive, who, beginning in 1901, discovered he was able to diagnose illnesses in other people while in a trance state, merely by knowing their first name and the city where they lived. He originally gave his readings in his office in Dayton, OH, with his wife and secretary present. This was to protect him from unscrupulous people who could later lie to him about what he said while in the trance state. Almost 90% of what Cayce diagnosed and predicted in later readings has been proven true, and the records are all in the Association for Research and Enlightenment, or ARE, in Virginia Beach, VA, carefully watched over by the presence of his son, Hugh Lynn Cayce. 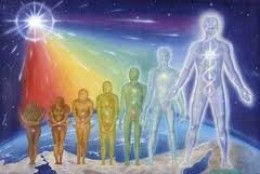 A Soul Travels Through Incarnations | Source

When Cayce was in a waking state, this business about reincarnation was very troubling to him, because he was a devout Christian, and reincarnation is not really a part of the belief system in the Christian Church. Or is it, and have people misinterpreted the meaning of many of the scriptures? Jesus said that to get into heaven, one must be as a child. He did tell his disciples that John the Baptist was a reincarnation of Elijah (Matthew17:12-13) when he indicated that "But I say to you that Elijah has come already, and they did not know him but did to him whatever they wished. Likewise the Son of Man is also about to suffer at their hands." They also asked Christ who was the sinner if a man was born blind, the man or his parents? In Revelations: 13-10, it says, "He that leads into captivity shall go into captivity, he that kills with the sword must be killed with the sword. Here is the patience and the faith of the Saints." Jesus talked of reaping what we had sown.
This gives us a clue that there is a law of moral retribution that operates from life to life. Christ also taught his disciples many things he did not preach to the multitudes. Plus the Bible has been translated so many times into so many languages, that it surely has some incorrect translations. If one studies the history of the early Christian Fathers, they have written fairly explicitly about their acceptance of reincarnation. Origen did in the early years of his life, Justin Martyr, St. Jerome, Clemens Alexandrinus, Plotinus and others. Maybe because they lived so close to the time Jesus was on Earth, they learned and taught teachings that the 12 disciples also learned in secret. Then these came down through the esoteric traditions since ancient times.
The essence of Christ's teachings in Matthew 22:37-39 were, "You shall love the Lord your God with all your heart, with all your soul, and with all your mind. This is the first and great commandment. And the second is like it. "You shall love your neighbor as yourself." How does this simple yet profound teaching conflict with the teachings of any of the World's great religions? It does not. "Hurt not others in ways that you yourself would find hurtful." Buddha had said. "This is the sum of duty: do naught unto others which would cause pain if done to you," is a teaching of the Hindu scriptures. Both Hinduism and Buddhism found no discrepancy between the law of love and the law of spiritual evolution called reincarnation.
__._,_.___
Posted by: thegate@buckeye-express.com

You need to be a member of The Rosicrucians to add comments!

This reply was deleted.